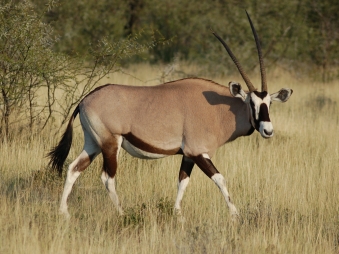 All oryx species prefer near-desert conditions and can survive without water for long periods. They live in herds of up to 600 animals. Newborn calves are able to run with the herd immediately after birth. Both males and females possess permanent horns. The horns are narrow, and straight except in the scimitar oryx, where they curve backwards like a scimitar. The horns are lethal — the oryx has been known to kill lions with them. The horns also make the animals a prized game trophy, which has led to the near-extinction of the two northern species. 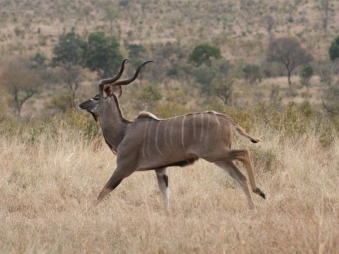 The Kudu is ubiquitous in the grass and tree savannahs of Namibia. Their short, smooth coats vary in colour from tan-grey to bluish grey. Both males and females have numerous white markings, including 6-10 vertical stripes along the sides, a chevron between the eyes, and cheek spots. Only males have long, 3 spiral horns that are spectacular. They are great jumpers and can even jump over two metre high farm fences. Kudu are normally more active in the early morning and evening and bulls are very secretive when alone and will stand motionless in bushes and under trees to avoid detection. 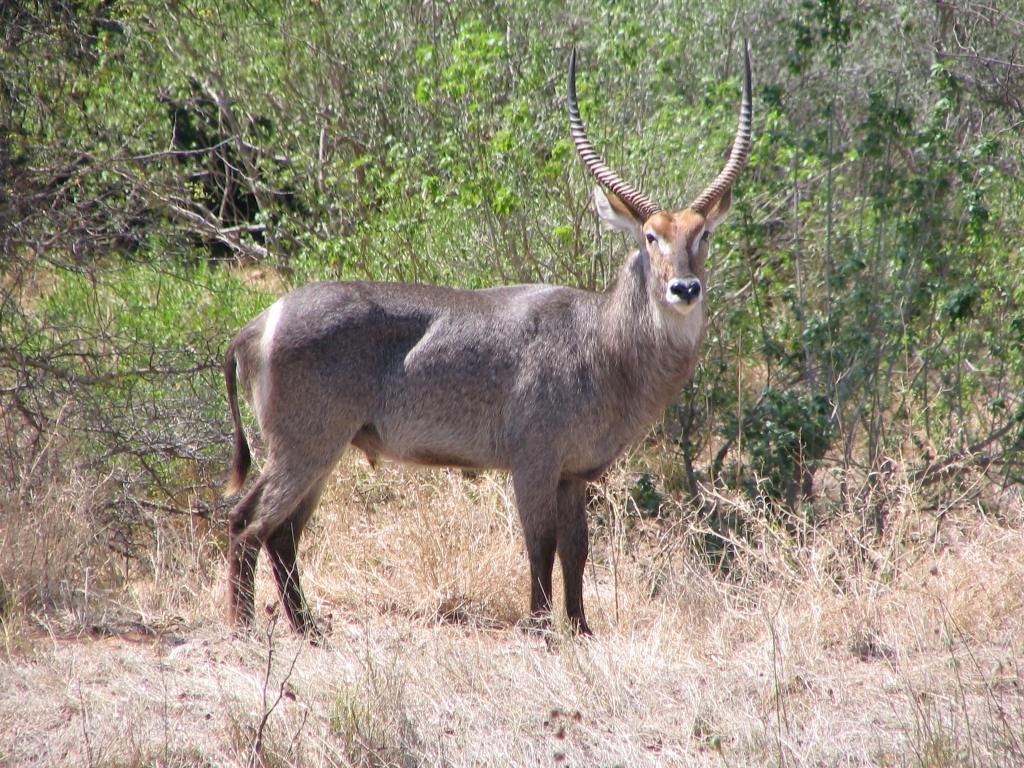 A gregarious animal, the waterbuck may form herds consisting of 6 to 30 individuals. These groups are either nursery herds with females and their offspring or bachelor herds. Males start showing territorial behaviour from the age of five years. In equatorial regions, breeding takes place throughout the year, but births are at their peak in the rainy season. Waterbuck inhabit scrub and savanna areas along rivers, lakes and valleys. The coat colour varies from brown to grey. The long, spiral horns, present only on males, curve backward, then forward and are 55–99 cm (22–39 in) long. 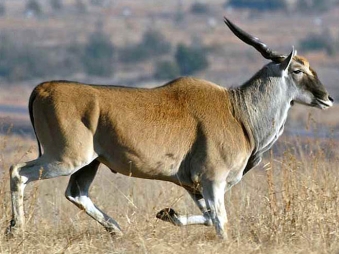 The common eland, also known as the southern eland or eland antelope, is a savannah and plains antelope found in East and Southern Africa. It is a species of the family bovidae and genus taurotragus. Common elands are nomadic and crepuscular. They eat in the morning and evening, rest in shade when hot and remain in sunlight when cold. They are commonly found in herds of up to 500, with individual members remaining in the herd anywhere from several hours to several months. 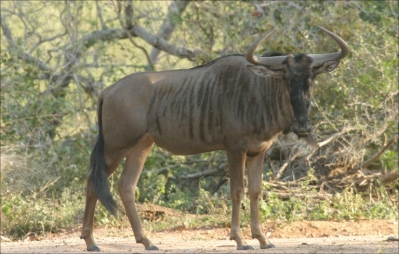 The black wildebeest is characterised by its white, long, horse-like tail with a dark brown to black coat, long, dark-coloured hair between its forelegs and under its belly and horns that curve forward. Three distinct social groups: the female herds, the bachelor herds and the territorial bulls. They are fast runners, up to 80 km/h (50 mph) and communicate using a variety of visual and vocal communication. Active during the early morning and late afternoon preferring to rest during the hottest part of the day. They are primarily a grazer, preferring short grasses but also feeding on other herbs and shrubs. 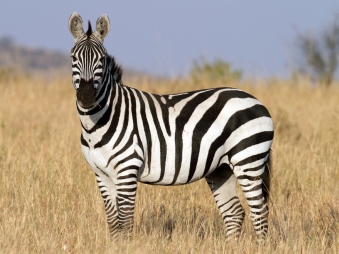 Zebras are several species of African equids united by their distinctive black and white striped coats (different patterns, unique to each individual). They are generally social animals that live in small harems to large herds, occurring in a variety of habitats. They can walk, trot, canter and gallop, when chased a zebra will zig-zag from side to side and when cornered will rear up and kick or bite its attacker. Zebras have excellent senses, eyesight (also night vision), excellent hearing (larger and rounder ears than horses), acute senses of smell and taste and believed that they can see in colour. 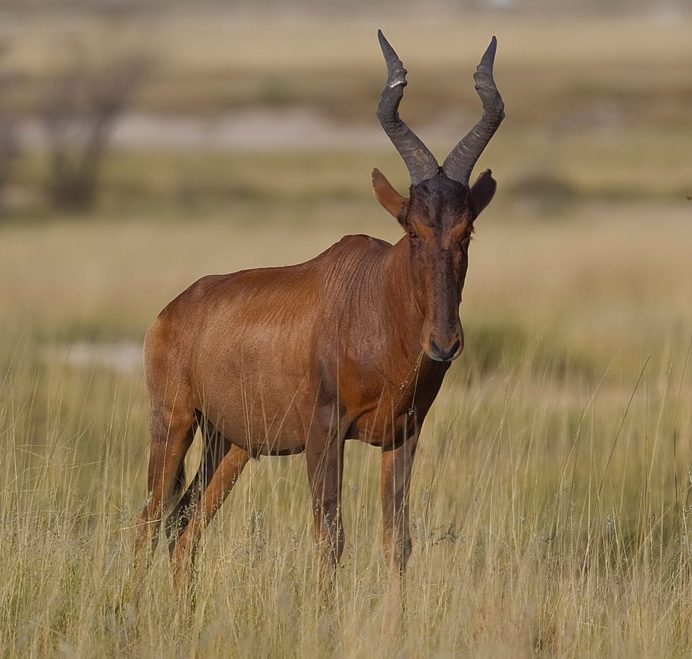 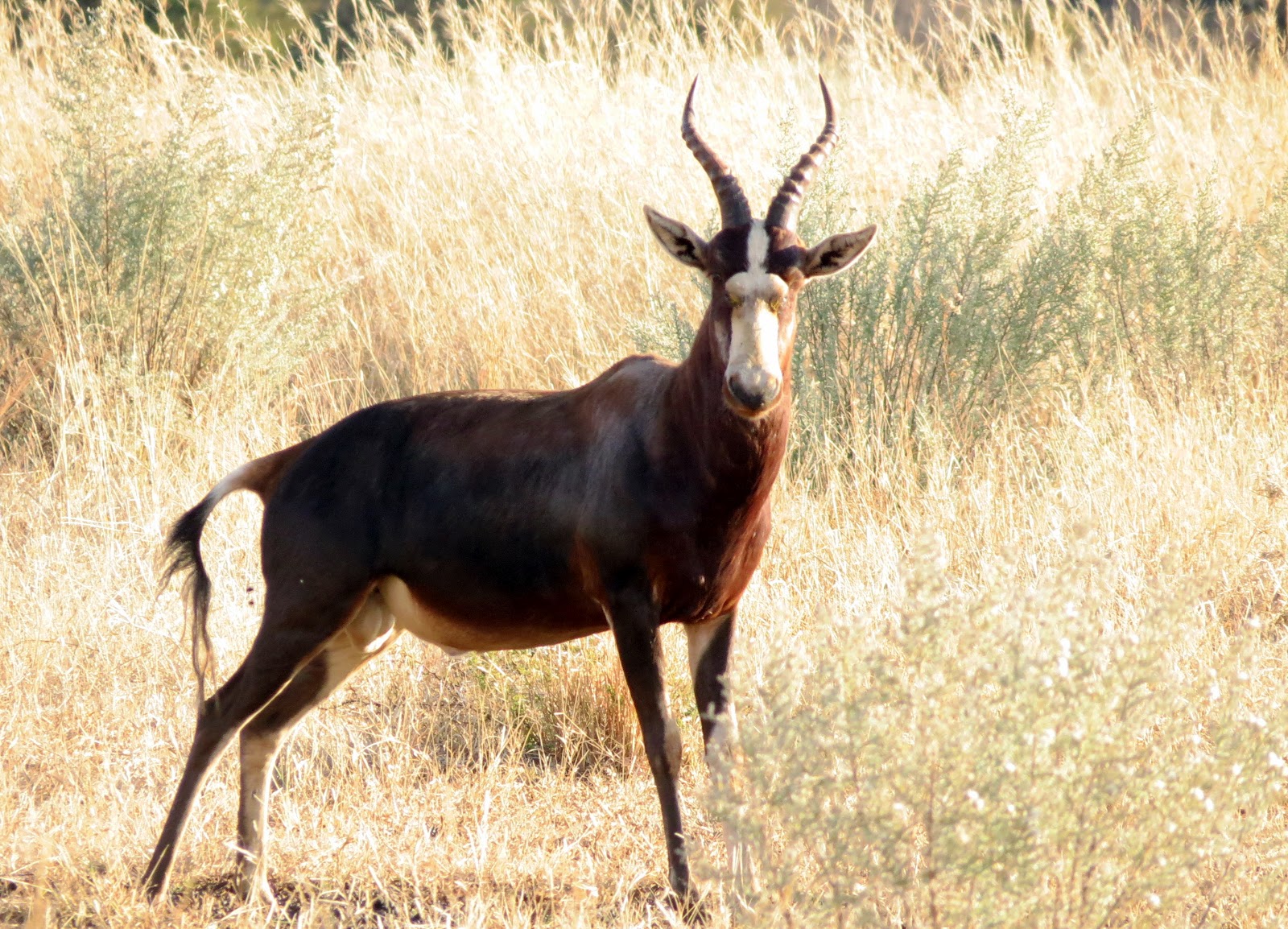 The blesbok or blesbuck (Damaliscus pygargus phillipsi) is an antelope that has a distinctive white face and forehead which inspired the name, because bles is the Afrikaans word for a blaze such as one might see on the forehead of a horse. Body colour is brown with a lighter-coloured saddle on the back, and the rump an even lighter shade. It is a plains species and dislikes wooded areas. Physically, rams and ewes are remarkably similar. 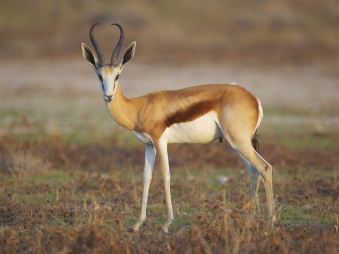 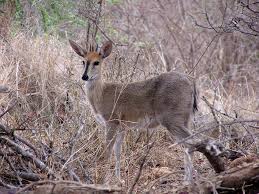 A duiker is a small to medium-sized antelope native to Sub-Saharan Africa. The name comes from the Dutch word for diver, which refers to their practice of diving into tangles of shrubbery. Duikers are very shy, elusive creatures with a fondness for dense cover; those that tend to live in more open areas, for example, are quick to disappear into thickets for protection. 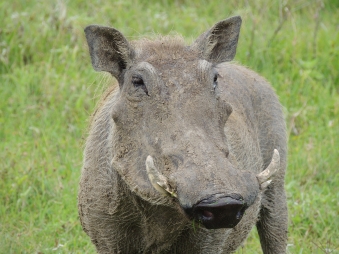 The common warthog or warthog is a wild member of the pig family found in grassland, savanna, and woodland in sub-Saharan Africa. Afrikaans-speaking people call the animal vlakvark, meaning "pig of the plains". Warthogs are powerful diggers, using both their snouts and feet. Whilst feeding, they often bend their front feet backwards and move around on the wrists. Although they can dig their own burrows, they commonly occupy abandoned burrows of aardvarks or other animals.